The Foundations of Success courses (General Studies 101A in the first semester and GS 101B in the second semester) are the "hub" of the FYE and where students form connections, friendships, and support networks that endure through their academic journey.  From day one, the GS Foundations of Success courses build students' sense of community and camaraderie which serve as the bedrock for the First-Year Experience at CSUEB.  GS faculty are dedicated to and passionate about helping their students succeed at CSUEB.

The GS Foundations of Success courses engage students with tools, resources, and knowledge that help support students in:

GS Foundations of Success also help students understand major and GE requirements and plan for sophomore year and beyond.

Another major part of the FYE support network is Peer Academic Coaching.  Peer Academic Coaches (PACs) provide support to students as they navigate the college experience. PACs also work closely with GS faculty and attend GS sections to help facilitate student engagement and provide peer support to freshmen throughout the Foundations of Success year-long sequence.  There is typically one PAC assigned to each GS section. 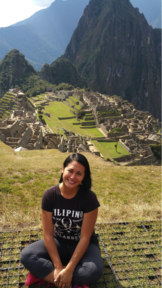 Hi! I am Nicole Buyagawan and I have taught Foundations to Success at CSUEB since 2012. I received Bachelors Degrees in Anthropology and American Ethnic Studies with a concentration in Diversity Studies from the University of Washington, and I received my Masters in Bio-Cultural Anthropology here at CSUEB. Outside of CSUEB, I teach a range of Anthropology classes throughout the Bay Area at multiple community colleges.

I am avid about helping students to achieve and believe the Foundations to Success class is a vital resource for new university students. We will explore student strengths, motivations, skill sets and tools with the goal of long-term student persistence and success.

When not in the classroom I am a travel bug and spend as much time abroad as possible. I connect this passion with my love of education by also leading yearly short-term study abroad programs. 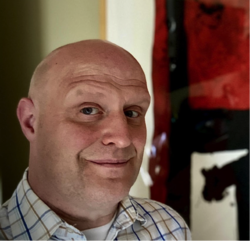 Hi!  My name is Darrol Hughes, and I teach the Foundation for Success courses at East Bay.

After receiving my Master’s in Anthropology, I interned for a year at the Smithsonian Museum in DC. I really enjoyed my time in DC, but the pull of the classroom (and California) made my return inevitable. I now teach the foundation class as well as a number of other (sociology and cultural anthropology) courses at junior colleges around the Bay.

Teaching my discipline is one thing, but supporting learning, in general, is another. The success course is designed to impart purposeful lessons that should help students in all their other classes and beyond. I am really passionate about helping others find their purpose, because when one does, school, work, life, all come into view.

So, I look forward to working with you and making sure that your first-year experience at East Bay is all you hoped it would be and more. Cheers. 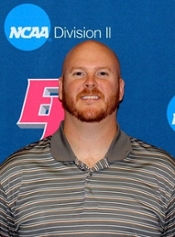 I joined Cal State East Bay as the Athletic Academic Advisor in 2015-16 after just over a year at Utah State University serving as the Football Academic Coordinator. I teach the Foundations of Success courses designed specifically for our student-athletes to support their academic endeavors.

Prior to my time at Utah State, I spent the previous six years as an Academic Support Coordinator at Army West Point, working with the men's and women's basketball, men's lacrosse, and men's and women's soccer, softball, and football programs.

Before Army, I spent the 2007 season as the tight ends coach at Columbia University in New York City. Prior to that, I served as a coach and academic/life skills coordinator for the football team at Western New England University. During that time, I earned my Master's degree in athletic counseling from nearby Springfield College.

I was a three-year starter and center for the University of Connecticut football team, where I earned my bachelor's degree in Psychology and Sociology and helped the Huskies to a Motor City Bowl win in the first ever bowl appearance in 2004.

Although I am originally from Fairfax, VA, my wife and daughters and I reside in San Leandro. 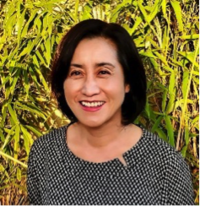 Hello! It is nice to work with you this semester. My name is SuJin Lee. I have been teaching at CSUEB since 2010. Here's a little about me:

I have a pet bird, named Dino (short for Dinosaur).  He is a Cockaiel which is a small parrot, but he can't talk yet because he is only 5 months old.  Dino is very social and affectionate, so he loves being on my shoulder and enjoys constant attention.

One of the great things about living in the Bay Area is that there are many beautiful hiking trails. So, I love to explore them every Saturday.  If you happen to be a hiker and know any charming, beautiful, or breathtaking hiking trails, please let me know.  I might go there next Saturday.

Foundations of Success is one of my favorite classes to teach, so I am excited to enjoy and learn with you this semester.  Please do not hesitate to reach out to mee if you have any questions. 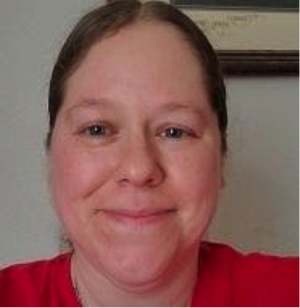 Hello, my name is Dabney Lyons, and I have taught English at Bay Area community colleges since 2001 and have been at CSUEB since 2013. I have taught the Foundations of Success courses since 2019. Working with the same GS students over an entire academic year has been extremely rewarding for me. An avid baker in my free time, I enjoy having my students act as taste-testers and am always happy to recommend a book. 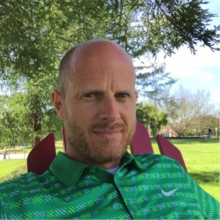 It's been almost 20 years since I started teaching this class and I love teaching it more now than ever, especially with the opportunity to give a shot online!   My goal is simple: to be a positive influence in your life early in your college career!  After completing Foundations of Success I and II, I hope you're confident in yourself and ready to dominate the rest of your journey through college and beyond (with some humility).  I'm not going to say my class is different and better than the others, but it might be!  :-) 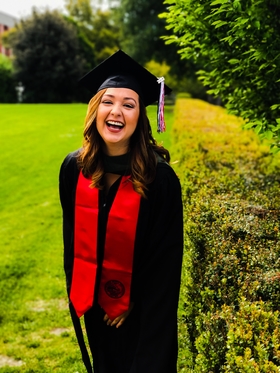 Hi, I'm Cindy Salinas, and I'm one of the instructors for Foundations of Success.  I am also a freshman Pioneer Success Coach.  My main purpose at CSUEB is caring for all my students, whether in my GS class or one of my advisees.  A bit of background about me:

I was raised in Escondido, CA, a small town in San Diego County.  I'm a first generation Latino graduate with a BS from CSUEB 2012. I also received my Master's degree from CSUEB in 2017.  I worked as a Pre-Admission/Recruitment Counselor for four years, in which I worked primarily with students from low income families and Spanish speaking communities along Central and Sothern California.  I became a Pioneer Success Coach in 2019 for Academic Programs and Services.  In this role, I work with students in need of academic intervention.

In all my roles at CSUEB, my focus is to be available to help guide and support all my students toward the end goal of graduation.

Hello, I am Andrew Yunker, and I teach the Foundations of Success courses, in which I help incoming first-year students apply strategies for success.

I have a Master's degree in computer science, which I've used to create my own business in restoring computing technology.  I've also developed software technology to help students persist in their academic pathway, and I provide course data and analytics to help improve our FYE program.

I recently launched a web-based scavenger hunt that uses a combination of today's technologies along with concepts of kinesthetics to create an interactive environment to pass along information and to help students apply skills such as critical thinking and time management.