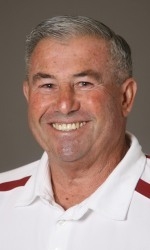 Al Roderigues, a former Cal State East Bay baseball player and women's volleyball assistant coach, died March 19 at the age of 67 after a 16-month battle with stomach cancer. The Bay Area native and Northern California volleyball institution coached at every level during his career and was an educator in Union City for nearly 40 years. “Cal State East Bay volleyball has lost a great teacher, coach and friend,” CSUEB Head Coach Jim Spagle said. “However, I am very confident that his spirited energy, competitive fire, and warm smile will always be remembered and serve as an inspiration for the Cal State East Bay volleyball family.”

For the last seven years, Roderigues served as a volunteer assistant at his alma mater, helping the women’s volleyball team become one of the most successful athletic programs at Cal State East Bay. During his time with the team, the Pioneers reached the NCAA Division III West Regional each year and accumulated a record of 205-40. Spagle, whom he coached with at James Logan High School in Union City, has been a friend and colleague for 25 years and brought Roderigues back to Cal State East Bay. He received his bachelor’s degree in physical education from then-Cal State Hayward and played baseball under former coach and Athletic Director, and Pioneer Athletics Hall of Famer Al Mathews.

He is survived by his mother, Marcella, his daughter, Michelle, and his fiancée, Aurea.