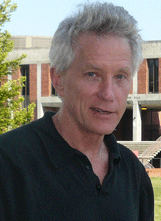 Proposition 13 is often called the third rail of California politics, but a recent poll found that many Californians disapprove of parts of that landmark ballot initiative. Passed in 1978, Proposition 13 reduced property taxes for homeowners and business property owners, limited future increases to property taxes, and instituted supermajority rules to pass tax measures.

The poll also asked about Prop 13’s rules for residential property which limit increases to assessed home values to 2% a year until a property is sold, when it is reassessed at the sale price. Half of those polled (50%) disapprove of this rule while 40% support it. Because the value of homes in California often increase by more than 2% the homeowner rules often lead to substantial disparities in tax bills on similar homes in the same neighborhood, but they also prevent large increases in tax bills after purchasing a home.

Renting or owning a home influences views on Proposition 13’s residential property tax rules.  Fifty-seven percent of renters disapprove and 30% approve of the homeowner rules while homeowners were evenly divided on the issue, with 46% approving and 46% disapproving. There are also large age differences in support for this part of Prop 13. People age 30-39, the age of many first-time home buyers, strongly disapprove of the homeowner provision (79% disapprove, 16% approve) while those over age 65 most favor it (34% disapprove, 58% approve).

Any effort to revise Prop 13 faces substantial general support for the landmark initiative. When asked to respond to the statement “Prop 13 should not be changed at all,” 41% agreed while 42% disagreed. Yet there is also evidence that younger Californians have less allegiance to Prop 13.  Only 24% of those 18-29 and 31% of those 30-39 agreed that Prop 13 should not be changed, while 61% of those 65 and older agreed with the statement.

The poll was conducted at California State University, East Bay from November 18, 2013 to February 9, 2014 with a break between December 22 and January 9.  Participants were selected randomly from a list of California registered voters prepared by Political Data Inc. Questions were asked in either English or Spanish. Results are weighted by gender, age, race, region, and country of birth to match population figures. The margin of error is plus or minus 4 percent.