Cal State East Bay will launch a new Cyber Security Awareness and Response course this winter. The course is designed for professionals who want to gain insight into the dynamic cyber environment while acquiring the knowledge to make risk-based decisions to protect and defend their organization against cyber threats. 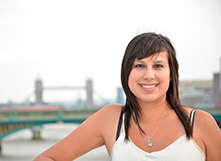 Gaining a different outlook on life — that’s how Cal State East Bay communication major and Benjamin A. Gilman International Scholarship recipient Melissa J. Medina described her takeaway from a recent five-week stay in London. Medina was one of 25 participants in CSUEB’s Summer London Program, during which students studied the history and practice of documentary filmmaking in the United Kingdom while exploring London’s rich multicultural environment.

Cal State East Bay will launch three new courses in cybersecurity this fall. The courses, which serve to prepare students for industry-recognized certification exams, will encompass the latest tools and techniques in cybersecurity. 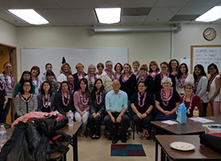 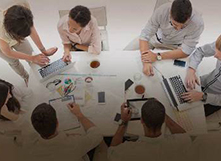 Cal State East Bay is launching a new course, Change Management and Business Problem Solving: A Simple Integration of Process and Practice, to begin this fall at the university’s Oakland Center.

Cal State East Bay will host two information sessions about its Certificate in Paralegal Studies from 10-11 a.m. and 6-7 p.m. on Aug. 4 at its Oakland Center. Participants will meet the program director, learn more about program requirements and course offerings, as well as network with other professionals. 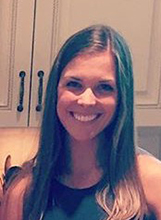 Cal State East Bay alumna Rachael Byron was recently recognized as one of the 2016-17 Teachers of the Year for San Ramon Valley Unified School District. Byron, who earned her MS in Education, Option in Reading Instruction from Cal State East Bay in 2014, teaches Advanced Placement English and serves as a literacy coach at Dougherty Valley High School in San Ramon. 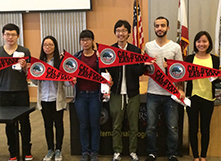 Cal State East Bay’s American Language Program hosted its seventh annual GradFest on May 25 at the Hayward campus. The event, honoring former ALP students who have matriculated into the university and will graduate from CSUEB in the 2015-16 academic year, provides an opportunity for students to reflect on how far they have come since they first arrived to Cal State East Bay from their home countries.

A Cal State East Bay research team will present two research studies at the 97th annual meeting of the American Association for the Advancement of Science, Pacific Division, at the University of San Diego, June 14-17. 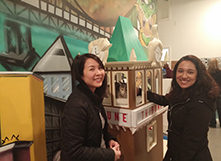 When Ann Dunn, executive director and founder of Cat Town in Oakland, first established her nonprofit in 2011, it served as a means to foster Oakland’s most vulnerable shelter cats in people’s homes, away from a shelter cage, until they could find permanent homes. Fast forward five years and the organization has expanded its reach to include a network of approximately 50 foster homes in and around Oakland. It now operates as a thriving cat adoption center that has helped reduce the euthanasia rate for cats at the Oakland shelter from 42 percent in 2011 to 7 percent today. 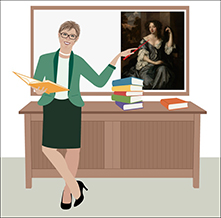 For Cal State East Bay alumna Ingrid Steiner, 2016 is shaping up to be an exciting year. Steiner, who graduated from CSUEB’s Online M.S. in Education, Option in Online Teaching and Learning (MS-OTL) program in 2015, will present her educational research at four conferences this year, including Online Learning Consortium (OLC) Innovate 2016 and EdMedia 2016: World Conference on Educational Media and Technology. 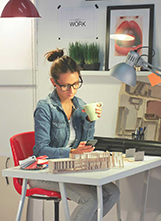 Attend an upcoming information meeting on Cal State East Bay’s Certificate in Social Media Marketing from 6-7 p.m. on April 7 at the newly renovated Oakland Center. Participants will meet the program director and learn more about course offerings, as well as network with other professionals. 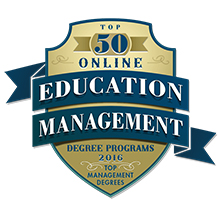 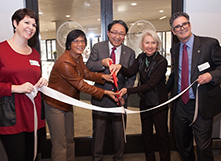 Cal State East Bay’s Nonprofit Management Certificate Program will act as a community partner for the upcoming Board Match event in San Francisco. The Board Match offers an impactful networking opportunity for people interested in serving on a local nonprofit board of directors. Participants will get a chance to meet face-to-face with executive and board leaders from a variety of Bay Area nonprofits, ranging from the arts and youth to the environment and social justice.

Cal State East Bay will host information sessions on its Certificate in Paralegal Studies program on Jan. 28, Feb. 4 and Feb. 11. Participants will meet the program director, learn more about program requirements and course offerings, as well as network with other professionals.